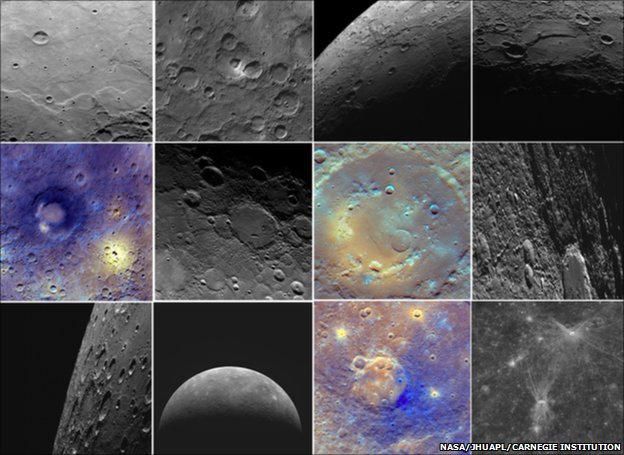 Nasa's Messenger spacecraft has successfully entered into orbit around the planet Mercury - the first probe to do so.

The robotic explorer initiated a 14-minute burn on its main thruster at 0045 GMT on Friday.

This slowed the spacecraft sufficiently to be captured by the innermost planet's gravity.

Being so close to the Sun, Mercury is a hostile place to do science. Surface temperatures would melt lead.

In this blistering environment, the probe has to carry a shield to protect it from the full glare of our star.

And even its instruments looking down at the planet have to be guarded against the intense heat coming back up off the surface.

"It was right on the money," Messenger's chief engineer, Eric Finnegan, said. "This is as close as you can possibly get to being perfect.

http://www.bbc.co.uk/news/science-environment-12761025
"The fact of your own existence is the most astonishing fact you will ever have to face. Don’t you ever get used to it." - Richard Dawkins... being shrill and offensive again I suppose.
Top

Those pictures are stunning. I'm looking forward seeing what else this mission throws up. What on Earth is the probe made of?! (or should that be 'What from Earth...)

As yet I have not found a single case of a terrestrial animal which fertilises itself.

- Charles Darwin, The Origin of Species
(he obviously never went to Bray)
Top