Too true. Could anyone in Dublin visit the scene and take pictures of this lift - maybe if we had the dimensions it would build a clearer picture of the crime scene. It's probably too late to get a clear set of prints from the buttons.
Top

Beebub wrote:
Except she didn't. Re-watch the video of her talk at the conference and tell me the exact time that she said the above. I'll save you the effort, she didn't. She mentioned getting death threats and threats of rape from people who disagree with her; being told to shut up, by people who normally agree with her and getting explicit and graphic e-mails from men describing what they'd like to do her and suggested that these men thought it was something she'd like. She made no referecne whatever to being chatted up at Athiest events or otherwise and to equate what elevator guy did with the issues raised in her talk by suggesting that he 'didn't get it' was way over the top. Her behavouir since hasn't showered her in glory either.

This is the key point that a lot of commentators are missing. They're simply taking Watson's word for it, when all they need to do to see her dishonesty is WATCH THE DAMN VIDEO!
"The fact of your own existence is the most astonishing fact you will ever have to face. Don’t you ever get used to it." - Richard Dawkins... being shrill and offensive again I suppose.
Top

I call this the "Roy Keane" effect. The less a "controversy" actually matters to anything really, the more people will have an opinion on it and wish to weigh in with it and even get quite agro and wound up when challenged on it. Would that people had such passion for things that actually mattered.
Top

Sigmund wrote:I am simply looking at this while wearing my skeptical hat.
The fallout from this has been ridiculous and there has been almost zero attempts to gather any evidence or facts

You haven't done a very good job thus far. All you have to do to discover exactly what she said in her talk is to watch the video, then you'd realise she didn't say the things she later claimed she said.

Actually, this discussion has been one of the most constructive I've seen. Most other online discussions have dissolved into name calling and any attempt to question RW or to ask the question if RD had a point (however badly phrased) have been shot down.

It seems in the skeptical community, you can ask questions on almost any issue except this one.
Top

Beebub, Rebecca Watson has claimed that she told everyone in her group at the bar that she didn't want to be approached by men trying to pick her up.
I know she didn't say that at the talk - as the video you mentioned doesnt show her saying it. And I know that she claimed she did say it.
My point is whether anyone here was in the bar who therefore can verify the bar claim and if you can then can you verify that there was an actual elevator guy.
My own investigations paint a different story.
http://sneerreview.blogspot.com/2011/08 ... rgate.html
Top

Sigmund wrote:My point is whether anyone here was in the bar who therefore can verify the bar claim and if you can then can you verify that there was an actual elevator guy.
My own investigations paint a different story.

I don't know if we can prove the existence of an 'elervator guy' or 'Elervator Guy'. I have to be agnostic on that

Some say he was just a patsy and the real voice came from a shadowy figure, behind the grassy potted plant in the far corner of the elevator, others say it was pesky old g/God playing a trick on the Atheist-community with elervator-gate.
Top

If Elevator Guy were a fabrication, surely Watson would have come up with a better example of "misogyny in the atheist community" than a man respectfully asking her back to his room for coffee and a chat... and asking her not to take it the wrong way.

As for those trying to trivialise the issue, yes the elevator incident was trivial. What's not trivial is the issue of some big players in the skeptical and atheist movements basically telling us we're not allowed to be skeptical of radical feminism. That asking simple questions or holding an opposing view makes us misogynistic, ignorant and we just "don't get it".

Watson's rant at Paula Kirby at the convention made me feel uncomfortable, but not uncomforatable enough to stop me tracking her down on you tube and subscribing to her chanel. I was happy to ignore the "guys don't do that" comment when that video was released too. In fact my intial reaction to the video was to make a supportive comment about another aspect of the video. It's the reaction since then that's important. How Watson and others have acted and reacted.

To me, and some others who have expressed this already, the guy in the elevator is not the issue. The issue is one of naked emperors, double standards, bullying and hypocricy.

So no, I don't think this should be swept under the carpet. There are people who need to be brought to task.
"The fact of your own existence is the most astonishing fact you will ever have to face. Don’t you ever get used to it." - Richard Dawkins... being shrill and offensive again I suppose.
Top 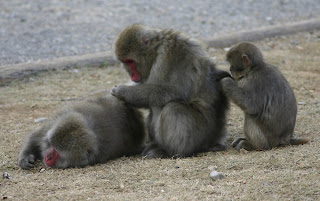