He who shall not be named (Dennis The Menace)

Your you tube links are not even working.
Pope says atheists pick & choose their morals. Correct. Today I will be frowning on child abuse & not having a problem with homosexuality.
Top

What the.. er welcome? to the forum thewarofjehovah3 are you real?
Atheist Ireland Youtube
HOME RULE not ROME RULE
If I'm your mission shepherd, best give it up, your welcome on my boat..god aren't. -firefly
Irish Federation of Astronomical Societies-links to local clubs & news
Top

Very clear message you have there!?!!
Pope says atheists pick & choose their morals. Correct. Today I will be frowning on child abuse & not having a problem with homosexuality.
Top

Edit: Divorced from the moved OP and the duck picture, my post doesn't seem any saner than his.
Top


So that's where Jack Osbourne has disappeared to.
Humans are an intelligent species. We just aren't smart enough to realise how stupid we are. 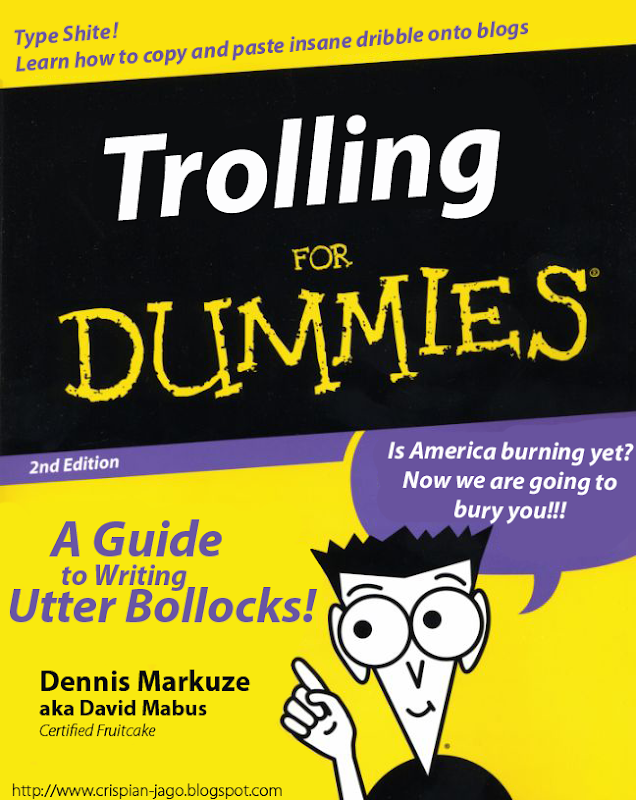 From the wonderful Crispian Jago
The universe is huge and old, and rare things happen all the time ~ Lawrence Krauss
Cork Skeptics
Top

Hi all, first post here. Fun to see D.M. is also striking here on European posts.
The reason why I'm posting is because there is more to our friend. He's from Montreal, a notorious raving loon and was a very prolix author of emo complains on such usenet groups like alt.suicide.holiday

check out all those old Dennis Markuze posts from 1994, it's entertaining!


One day, after his nth dreamed up suicide attempt, our friend reads Nostradamus and finds a quatrain that talks about D.M. So he quickly put two and square root of minus one together and thinks it's actually for him twice (David Mabus and Dennis MArkuze) but also for Depeche Mode. Coming from a text entitles "Century VIII" you can't disagree with that logic. Remember, Goth bands actually played in 400-something otherwise they wouldn't be called "goths".


For all you so-called Christians out there, I suggest you listen
to "Personal Jesus," "Enjoy the Silence,""Halo,""Master &
Servant," and "Behind the Wheel" by Depeche Mode. Anyhow, for your
enlightenment, I quote from Nostradamus' prophecies, Century VIII,66.

66
When the inscription D.M. is
found in the ancient cave,
revealed by a lamp. Law, the
King and Prince Ulpian tried,
the Queen and Duke in the
pavilion under the cover.

Let's see if reading your fancy bound Bibles will save you from God's
wrath!
For those that have ears to hear!


So voila. Pleased to have met you and I hope there will be more mad convos. I'm an atheist from Frogland and I've loooved Dublin and area the last time I went there in August.
Top
Post Reply
41 posts